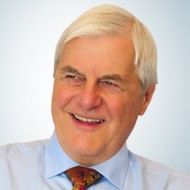 John qualified almost 40 years ago and was formerly a partner with Bindmans LLP for 7 years before founding John Ford Solicitors. In 1992 John began practising in education law and is now recognised as one of the leading lawyers in this field. A former Executive Member of the Education Law Association and former school Governor, John has an abundance of experience and knowledge to assist his team and clients. John Ford Solicitors merged with Sinclairslaw in August 2018 and John became the Managing Director of the firm. John is strongly committed to preserving access to justice and championing the rights of individuals. He has found great satisfaction in helping to level the playing field. Being the sole principal of this practice has enabled him to look into specific areas of injustice, sometimes in obscure areas of law which nevertheless have a practical application affecting the interests of large numbers of ordinary people. Notable Cases: R(ER) v Local Government Ombudsman and L B Hillingdon (3rd Party) [2014] EWCA Civ 1407 A six year battle to test the level of compensation recommended by the Ombudsman where there was a failure of the education service, not necessarily arising from maladministration. It was concluded that The Local Government Ombudsman did not have jurisdiction to investigate the consequences of a local authority’s decision if investigation of the decision itself was excluded by the Local Government Act 1974 s.26(6) In May 2012 John settled a case on behalf of a PGCE student who claimed both disability and racial discrimination, which caused a serious delay in finding her a placement (she is now qualified and was awarded damages in an agreed settlement in the County Court). R(Scott) v London Borough of Hackney [2009] EWCA Civ 217 Court of Appeal. This was a fairly complex case in which the claimant withdrew or did not pursue some of the issues raised in the original claim and the defendant fulfilled its duties to the claimant on other issues raised by the claim form. Shortly before the hearing it became clear that there was nothing left in the proceedings and so the claimant withdrew. The parties asked the court to determine where the costs should lie. The defendant argued for no order for costs, the claimant sought his costs. The judge at the first instance was unable to ‘confidently conclude’ that the claimant would have won if the matter had proceeded to trial, and so made no order for costs. On appeal the court came to the view that this was a case in which there was no clear winner or loser and so no order for costs was the only way to do overall justice to it. Lady Justice Hallett went on to say that she urges all judges to: “bear in mind that, when an application for costs is made, a reasonable and proportionate attempt must be made to analyse the situation and determine whether an order for costs is appropriate. I emphasise a reasonable and proportionate attempt, bearing in mind the pressures on the Administrative Court, yet another hard pressed institution. A judge must not be tempted too readily to adopt the fall back position of no order for costs”. This judgment had great practical importance. It was instrumental in reversing the trend of denying an award of costs to a successful claimant for judicial review having particular significance for legal aid firms and it is now regularly cited in subsequent leading cases on costs. Publications: Lead author of ‘Education Law and Practice’ (3rd Edition, Jordans, January 2010) which remains the lead textbook in the area of education law. John is currently working on updates for a new edition. Career Articled Joynson Hicks; qualified 1975; Bindman and Partners 1975, partner 1978-1985; set up John Ford Solicitors as sole practitioner 1985. Member Education Law Association, Legal Action Group